Ruihua Wang, associate at the London office of Linklaters, discusses the event celebrating the Chinese New year at the Law Society on 26 February.

Attended by over a hundred guests, the reception was opened by Dr. Xiaojiu Zhu, the chairwoman of UKSCL. The event had generous support from the Law Society, Bank of China, China Taiping Insurance and Cruickshanks Solicitors. Dr. Zhu addressed in her opening speech that the UK qualified Chinese lawyers play a unique and significant role in building stronger relationship between the two countries and particularly in better assisting language communication, culture integration and promoting legal awareness.

Mr. Rehman Chishti, Conservative member of parliament for Gillingham and Rainham, emphasized that the British government is very keen to develop a closer and stranger tie with China and they firmly believed that the Chinese community has made substantive contribution to the development of the UK society.

In counsellor Fei’s speech, he acknowledged the important role that UKSCL plays in developing better relationship in trade, investment, culture and legal communication between two countries. He also mentioned a number of notable initiatives of UKSCL.

Firstly, UKSCL has assisted the Chinese embassy in launching an online legal guide to equip the Chinese community and Chinese businesses with basic knowledge of the UK legal system, and how to live and work in the UK, and provided a legal database with Chinese speaking UK qualified legal specialities.

Secondly, UKSCL set up a joint Wechat group, which enables timely responses to enquiries from the Chinese citizens coming through the Chinese Embassy. Thirdly, counsellor Fei personally initiated an annual forum attended by 20 lawyers and 10 embassy staff discussing on how to better serve the Chinese community in the UK.

The message from Joe Egan, president of the Law Society, highlighted the positive contribution which Chinese lawyers make to the legal profession, both in the UK and internationally.

In the message from Rt Hon Mark Field MP, minister of state for Asia and the Pacific at the Foreign and Commonwealth Office, he congratulated and commended UKSCL for the service it provides and the values it promotes.

Ms. Ruihua Wang, the deputy chairwoman of UKSCL, summarised the achievements of UKSCL in 2017 with three key phrases: bridging the gap, professionalism and social responsibility. The first key phrase ‘bridging the gap’ is demonstrated by actives that we organised for exchanging ideas between judiciary/lawyer in both UK and China. On May 19 2017, we had an in-depth discussion with a delegation from the prosecution service of Shan Xi province, China on topics in criminal procedural law such as sentence reduction, bailing. The second phrase ‘professionalism’ has been manifested by a well-received talk by Dr. Colin Ong, probably the only mandarin speaking Queen’s Counsel and a well-respected barrister and arbitrator. The talk focused on ‘how the Chinese business should conduct international commercial arbitration under China’s one belt one road initiative’ and was generously sponsored by Howard Kennedy LLP.

UKSCL also hosted an immigration law talk on 21 December 2018 by three members of UKSCL, specialists in immigration. The third key phrase ‘social responsibility’ is demonstrated by the legal aid programme lunched by UKSCL on 18 February 2017 at the Chinese Community Centre in London’s Chinatown, which provides free legal advice to the underprivileged people in the Chinese community.

Plans for the year ahead

UKSCL aims to expand the portion of the Chinese Community who can benefit from our pro bono service. We will reach out to Chinese students in London and small Chinese businesses and encourage them to access our service. We also have plans to give further lectures on topics such as employment law, landlords and tenants and family law, some of the most common topics we come across in the pro bono project.

UKSCL welcome suggestions and advice on how we can do a better job in expending our memberships, collaborating with other organisations and serving the wider society. 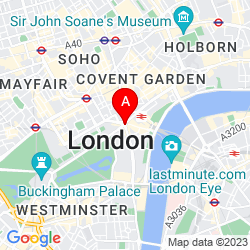